The compliant management of hazardous waste (HW), whether from a retail, professional, laboratory, or long-term care facility, can be cumbersome and confusing. Notwithstanding all of the training healthcare professionals receive, there is no standardized training or instruction for the stringent environmental regulations. Thus, many in the industry are unfamiliar with a large body of law: The Federal Resource Conservation and Recovery Act (RCRA), enforced by the Environmental Protection Agency (EPA) and authorized states, which regulates the disposal of hazardous wastes in the United States.

The Resource Conservation and Recovery Act

RCRA was enacted in 1976 as a response to national environmental disasters. Its purpose is to define hazardous waste, encourage waste minimization, and provide a system of "cradle-to-grave" tracking of hazardous waste.

Since the word "hazardous" is used in multiple contexts within healthcare, it is important to recognize that we are not talking about biohazardous infectious waste, OSHA hazardous materials as featured in Employee Right to Know programs, or DOT hazardous substances, per se. The EPA has an entirely different set of criteria for defining hazardous chemical waste (such as chemicals that are compounded and manufactured, becoming pharmaceuticals) as it impacts human health and the environment when discarded.

In addition to defining "solid waste," which also includes liquids and gases, the RCRA regulations define hazardous waste as those chemicals or formulations deemed to be so detrimental to the environment that they must be segregated for treatment at a hazardous waste facility, known as a TSDF, or Treatment, Storage and Treatment Facility.

How much waste do I have?

Per the EPA's Federal RCRA regulations for an entity that generates hazardous waste, it falls into one of three categories, based on the amount generated per month. Please see the breakdown of the three separate Generator Classifications depicted below in the pictorial, based on 55-gallon drum quantities (assume hazardous waste liquid weighs 8 pounds/gallon): 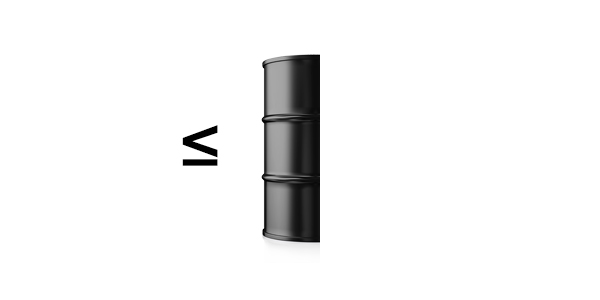 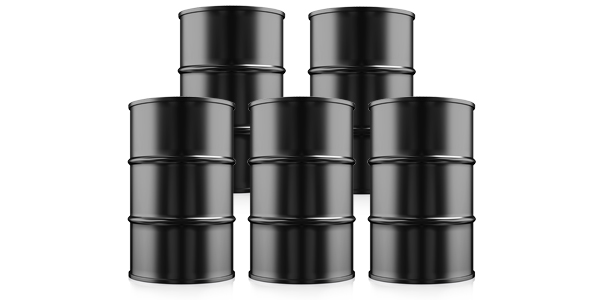 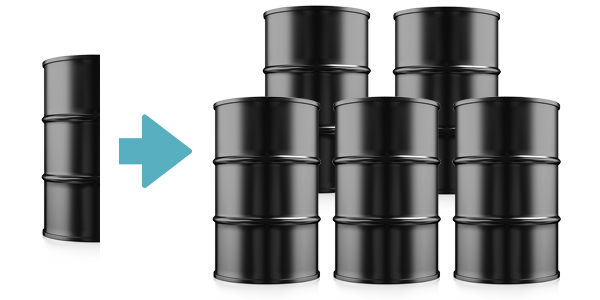 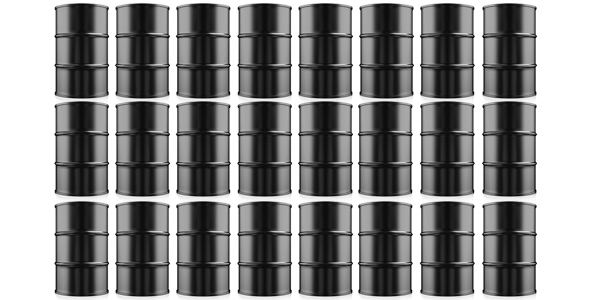 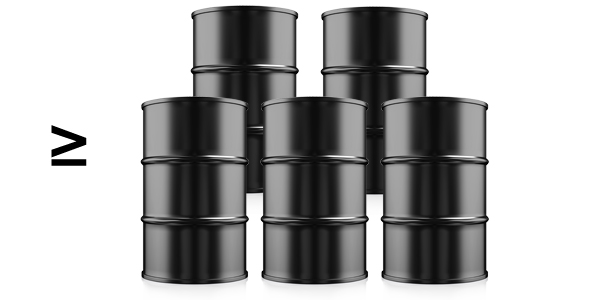 Small and large quantity generators must notify the EPA of their generation activities and receive an EPA identification number, which remains with the physical site regardless of change in ownership or operation. Some states have stricter regulations. Please reach out to Sharps Compliance for guidance.

Hazardous waste management programs for CESQG & SQG, such as:

Listed wastes appear on one of four lists of hazardous waste (F, K, P, and U). Healthcare facilities will typically have only HW from two of these lists, the P and U lists (such as pharmaceuticals), which both contain commercial chemical products. Laboratories and veterinarian clinics may also have F-listed solvent waste.

P-listed wastes (40 CFR Part 261.33(e)) are commercial chemical products categorized as acutely hazardous under RCRA. One of the primary criteria for including a drug on the P-list as acutely hazardous is an oral lethal dose of 50 mg/kg (LD50) or less. LD50 is the amount of a material, given all at once, which causes the death of 50% of a group of test animals. There are currently seven chemicals on the P-list that are used as pharmaceuticals:

A container that has held a P-listed waste is not considered "RCRA empty" unless it has been:

Since triple rinsing is not practical in healthcare settings, all vials, IVs, and other containers that have held a P-listed drug must be managed as hazardous waste, regardless of whether or not all of the contents have been removed. The issue here is the residue that is still in the "container."

NOTE: For the healthcare sector, containers that once held P-listed pharmaceuticals will no longer need to be managed as HW once the respective state that the generator resides in adopts the recently finalized Subpart P Pharmaceutical Rule (see the New Pharma Rule section below).

These chemicals are listed primarily for their toxicity. Similar to a P-listed waste, when a drug waste containing one of these chemicals is discarded, it must be managed as hazardous waste if two conditions are satisfied:

A container that has held a U-listed waste is considered “RCRA empty” if two conditions are met:

If empty, the containers that once held U-listed wastes do not need to be managed as hazardous waste.

In addition to the P- and U-listed wastes, a waste is considered hazardous under RCRA if it possesses at least one of four unique and measurable properties or characteristics:

Hazardous waste determination is the most critical step in understanding and managing hazardous waste. Proper HW identification is essential to the success of an HW management program. The RCRA regulations (40 CFR 262.11) require that any person or business who produces or generates a waste must determine if that waste is hazardous. The review and waste determination are based upon the regulations detailed above, describing listed wastes and characteristic wastes.

As discussed above, the EPA RCRA regulations are federal regulations in place throughout the United States. RCRA authorized the EPA to delegate the primary responsibility of implementing the hazardous waste program to states and territories with approved programs. To achieve approved program status (aka RCRA authorization), a state's program must be substantially equivalent to, consistent with, and no less stringent than the federal program.

What this means is that a state with a business-friendly agenda cannot take the EPA regulations and water them down as a gift to hazardous waste generators within their borders. A more common occurrence is a state will go beyond the federal program to be stricter and broader in regulating hazardous waste.

The new EPA Pharmaceutical Rule, Management Standards for Hazardous Waste Pharmaceuticals and Amendment to the P075 Listing for Nicotine, was published in the Federal Register on February 22, 2019. The final rule became effective on August 21, 2019 (six months after being published) in states that do not have RCRA authorization. The other 48 states have two years to adopt the rule. Below is a list of states that have adopted the rule as of September 2020:

The Need to Incinerate Discarded Pharmaceuticals

One of the ramifications of mismanagement of unused medications is the environmental effects resulting from poor pharmaceutical disposal practices.